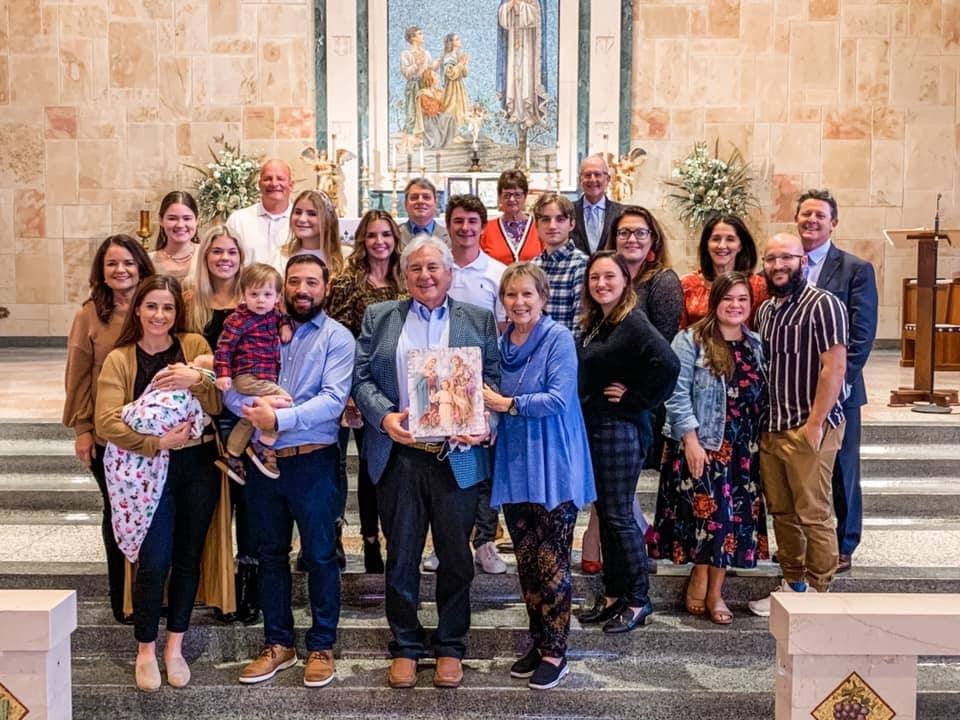 Coach Broussard was hired at Fatima High School in August of 1975. He was hired as an Assistant Principal, Athletic Director, and Head Basketball Coach, remaining in those positions until the school was consolidated and when he was named as a Guidance Counselor and Head Basketball Coach at St. Thomas More Catholic High School in 1982. In 1984, he left STM to begin his college basketball coaching career at then USL, South Florida, Nicholls State, and LSU.

When Mr. Broussard was asked about his fondest memories at Our Lady of Fatima High School, his first recollection was of the culture and family atmosphere amongst the faculty, students, and parents.  From Kindergarten to 12th grade, teachers supported each other, students were goal-oriented, had a purpose in life, and were looking beyond. He recalled the turnout of parents for campus workdays, fundraising activities, and sporting events. Coach Broussard pointed to bringing back the sport of track and instituting a baseball program, adding women sports of cross country and basketball, the Lincoln Continental car raffle, the athletes volunteering at the St Joseph's Diner, and initiating a Homecoming Week where the entire K-12 participated. Although Mr. Broussard was reluctant to talk about his role as an Assistant Principal in charge of discipline, everyone knew he was a strict disciplinarian and his philosophy was teachers were here to teach and providing an environment conducive for students to learn was paramount to our future success. Thank you, Mr. Broussard for being a true Warrior!