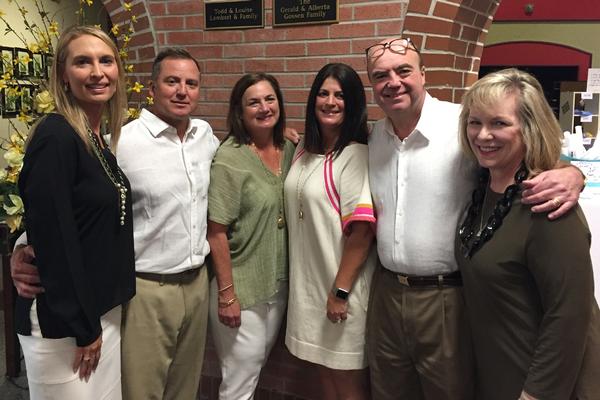 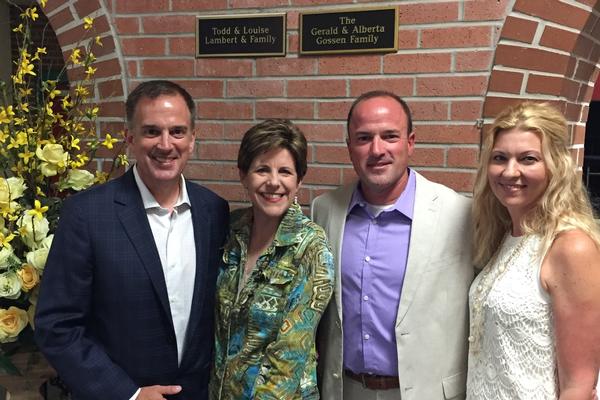 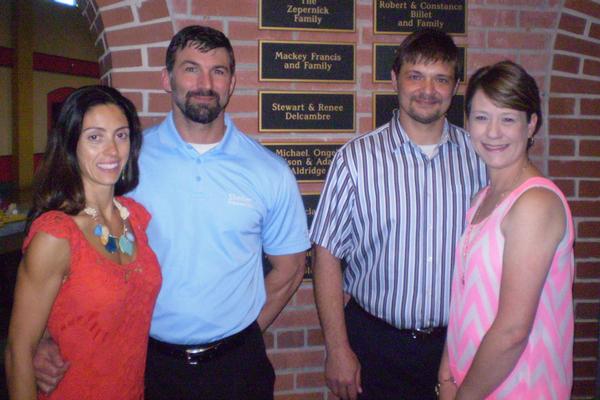 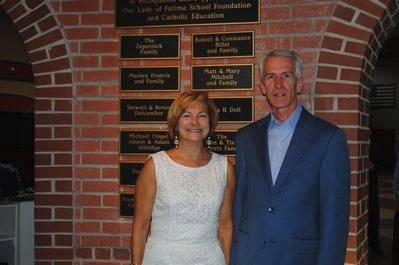 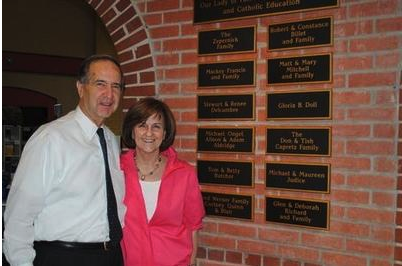 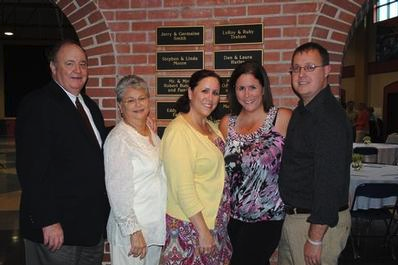 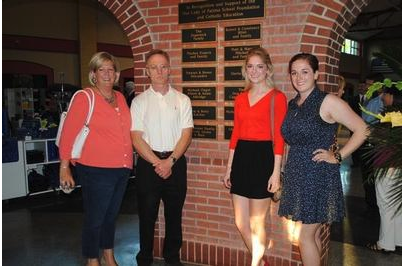 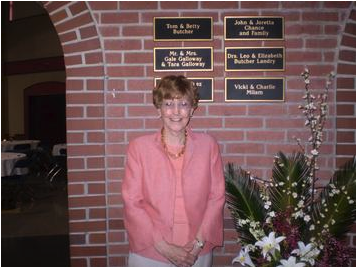 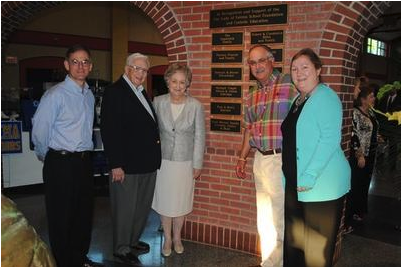 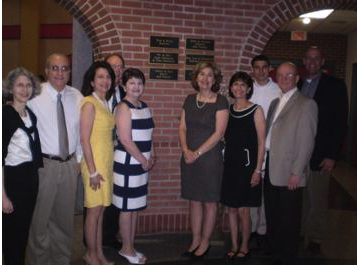 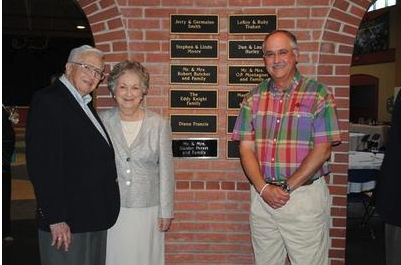 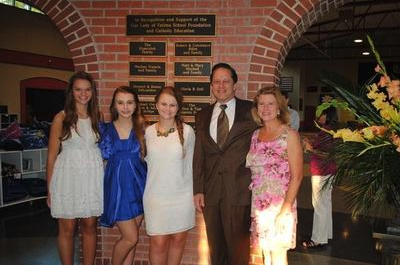 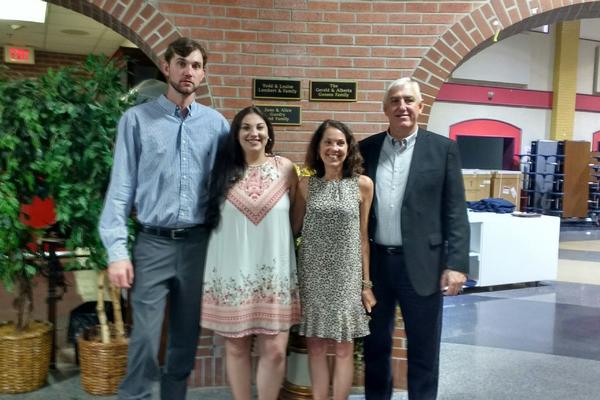 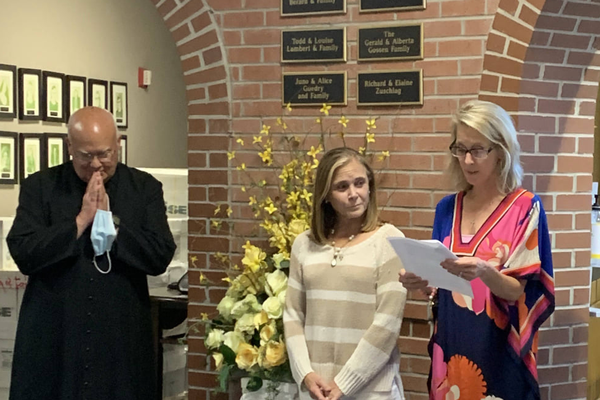 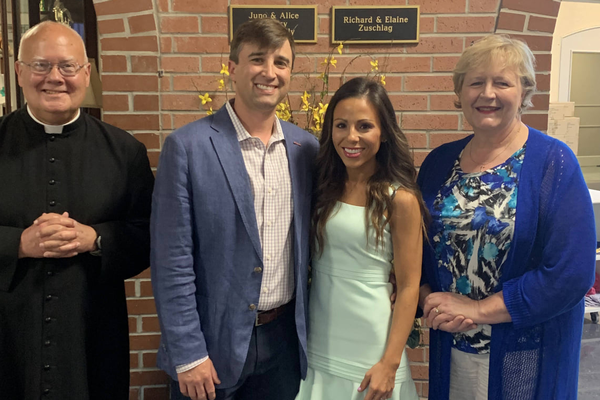 The Our Lady of Fatima Catholic School Foundation’s primary focus for the last 43 years has been to raise a significant amount of funds for the Endowment.  Many generous parents, grandparents and alumni have graciously given to the endowment over the years, and now is the time to recognize them for “providing for all students’ tomorrows.” In the Fall of 2012, the Our Lady of Fatima School Foundation embarked on a new way of recognizing founding donors and future donors to the Foundation’s endowment. The Foundation is pleased to introduce the Lifetime Warrior Campaign and Donor Recognition Wall.

The Donor Recognition Wall will encircle the beautiful Holy Family statues in the rotunda area.  This area is to be a symbol of the support and dedication people have for Our Lady of Fatima School and the Catholic education that it provides. Past donors who have given $10,000 or more to the Endowment will have a plaque with their family name on it, which will be placed on the honorary arches.  It is the Foundation’s hope that this wall will inspire and motivate many families to “provide for their tomorrows” with a gift of $10,000 or more.

We are very grateful for the generosity of our Lifetime Warriors:

Robert and Constance Billet and Family

Matt and Mary Mitchell and Family

The Don and Tish Capretz Family

Glen and Deborah Richard and Family

Mark and Trish Knight and Family

John and Joretta Chance and Family

Albert and Inez Kare' and Family

Todd and Louise Lambert and Family

Gerald and Alberta Gossen and Family